The rules of 80-Ball Bingo, start with the amount of uniquely numbered balls being limited to 80, with each ball representing a single number between 1 and 80. Throughout the game, a single ball will be drawn from the pool and its number will be read to all players. If the number is on your bingo card, you cross it off. Once you have filled your bingo card, to a certain amount – you win.

In the 80-Ball Bingo variant, a strip is considered a group of 5 bingo cards. All 80 possible numbers will appear somewhere on the strip, but in different orders for each strip.

The first stage of winning is called Single Line, which can be any one of the following five; a vertical line, horizontal line, diagonal line or even the four middle numbers or the four corners. 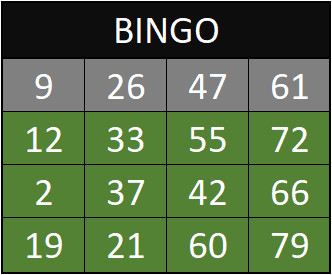 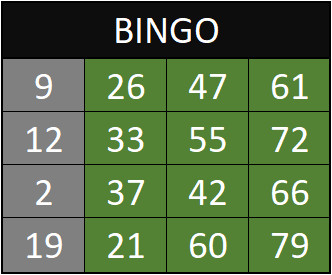 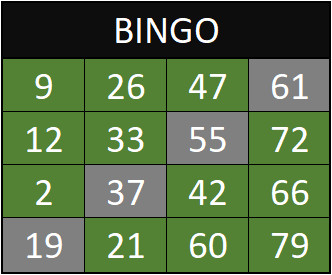 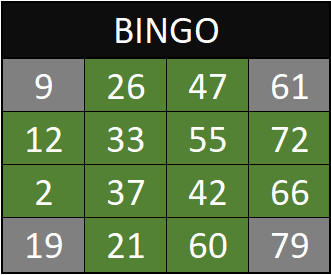 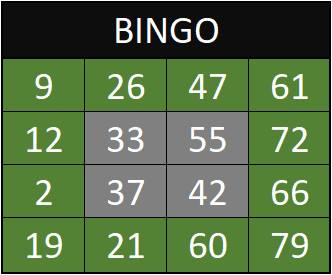 The second stage to winning, is to combine two lines, there are only three combinations in this instance, each involving 8 numbers being marked off. The options are two parallel horizontal or vertical lines, or intersecting diagonal lines. 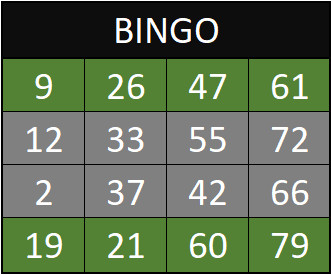 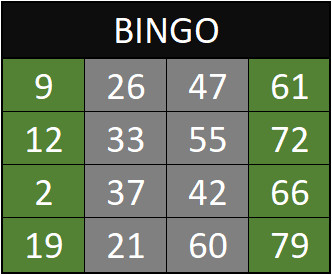 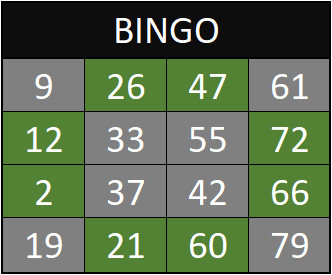 The third stage to winning, is to combine three lines. This can either be, three horizontal lines, three vertical lines or a combination of a horizontal, diagonal and vertical. 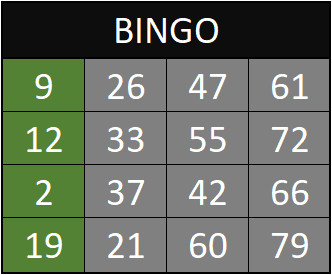 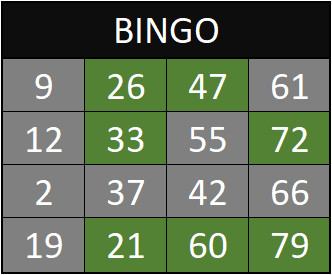 The fourth and final stage to winning, is by checking off the entire card - commonly known as achieving a "Full House". 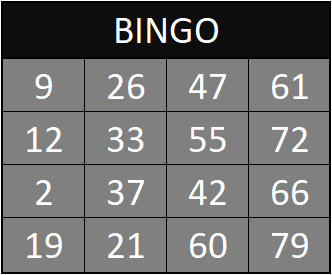