The rules of 75-Ball bingo are kept simple, with 75 balls uniquely numbered between 1 and 75. From the start of the game, until the end – a single ball will be drawn with its number announced. If the number is featured on your bingo card, you can put a line through it. Once you have marked a certain amount of numbers or met a criteria – you win.

The card consists of a 5 by 5 grid, with a total of 24 numbers – leaving the middle square blank. The five columns are labelled with the letters B-I-N-G-O. Under the B, only numbers 1 to 15 can appear, under I, numbers between 16 and 30 appear. The N column contains four numbers between 31 and 45, along with a blank space; G contains numbers from 46 to 60 and the O column has the numbers 61 to 75.

The below diagrams show all the possible winning outcomes, marked in grey. 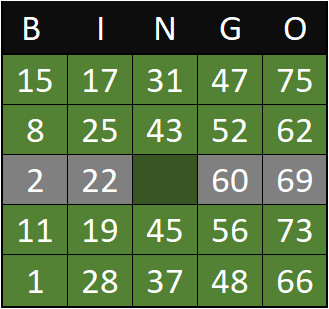 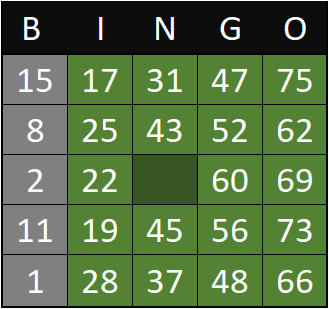 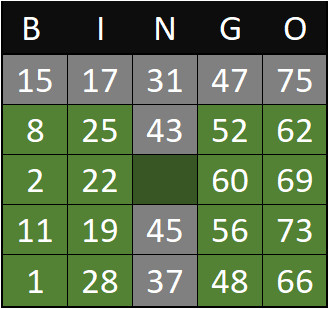 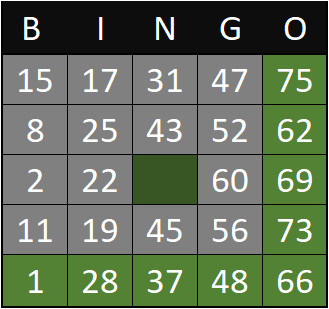 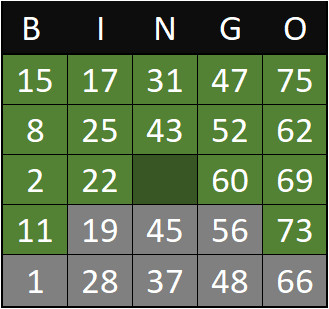 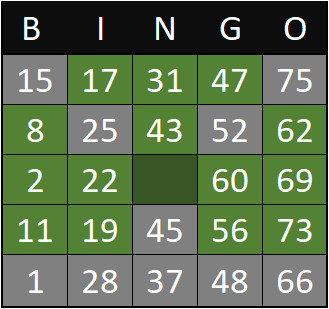 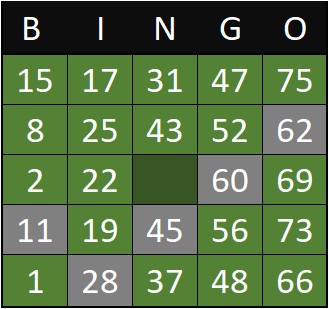 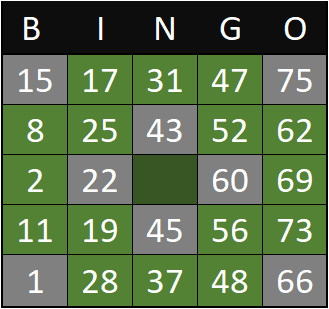 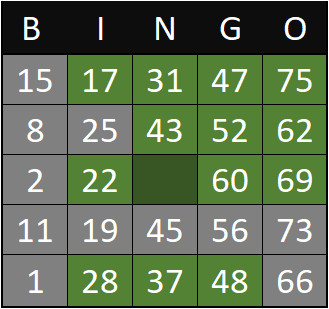